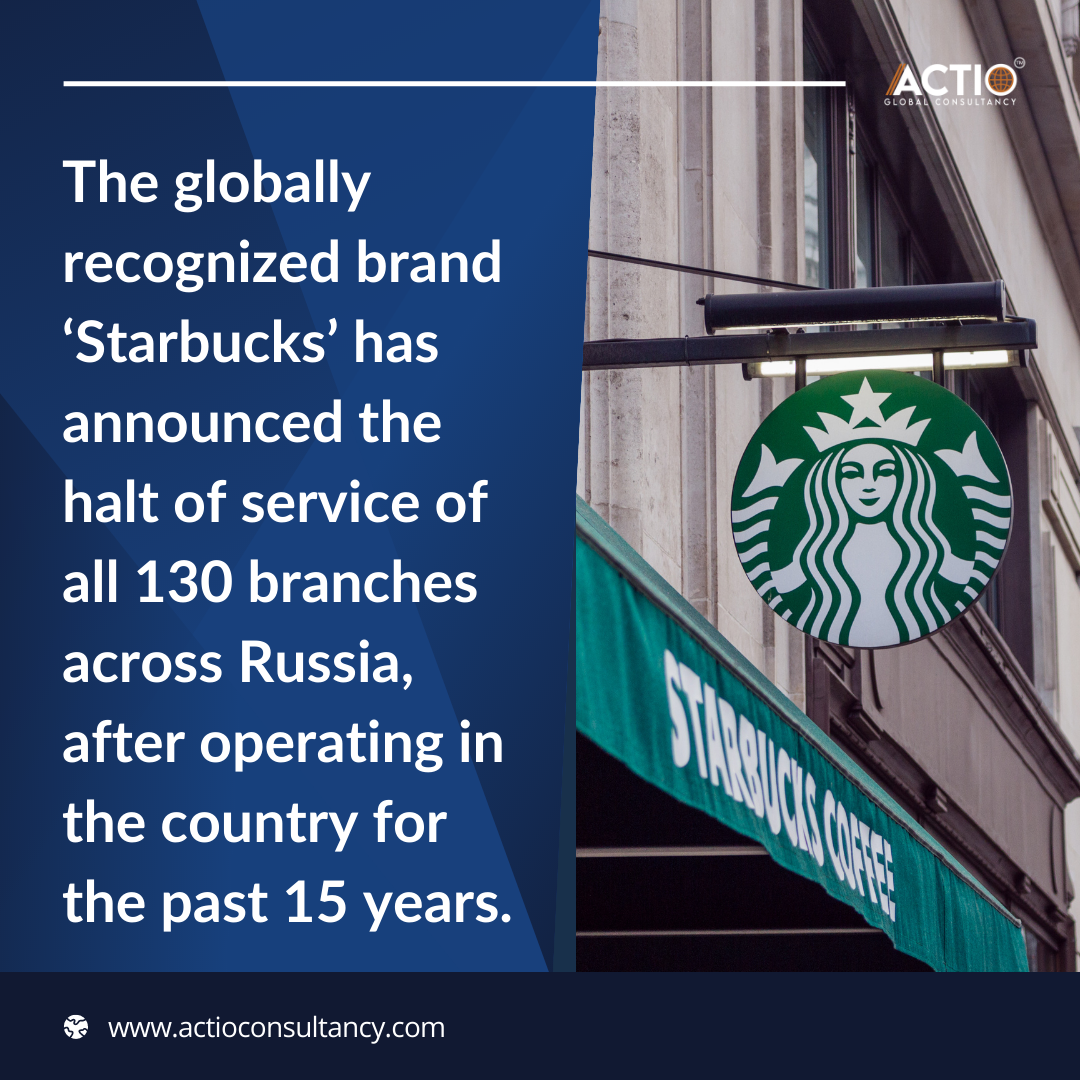 Starbucks takes their stance against the war-led violences by cutting corporate ties with Russia. Meanwhile, they plan to compensate all Starbucks employees who will now lose their employment.

The globally recognized brand ‘Starbucks’ has announced the halt of service of all 130 branches across Russia, after operating in the country for the past 15 years. It is also revealed that Russian branches account for only 1% of their total global revenue.

While this decision in opposing Russia’s war-waging on Ukraine has been supported by Starbucks’ worldwide customers and investors, it is not yet immediately effective due to some trade agreement obligations. But to show their symbolic stance against the war, they have temporarily suspended all logistics and branch services in Russia.

From today, Starbucks will need to compensate over 2,000 of their Russian employees for the coming six months, and to support them in finding new employment opportunities

Besides Starbucks, many global brands are in the line-up to withdraw their presences from Russia—for example, McDonald’s, Exxon Mobil, and British American Tobacco.